Participation in youth sports generally provides children with opportunities for camaraderie and social connection. But what about players who have to deal with medical conditions that their young teammates don’t fully understand?

“I play hockey, baseball, basketball and football, and I’m the only diabetic on all my sports teams,” said 13-year-old Henry Hoffmann.

As a type 1 diabetic, Henry is the only member of these teams who must check his blood sugar level, compare his food intake to his physical exertion, and then balance his blood sugar with the correct dosage of insulin. The other kids can just play sports, eat whatever they want, and don’t have to lug around medical equipment or get injections.

Being the only player on a youth team who has to manage a medical condition such as type 1 diabetes can be socially isolating. Since medical science does not fully understand the causes of the autoimmune response that destroys insulin-producing beta cells in the pancreas, it is even more difficult for children diagnosed with type 1 diabetes to understand and to accept the treatments of the disease. Their dietary restrictions mean they might not be able to join their teammates for post-game ice cream, and some children with diabetes have to wear insulin pumps, which they might find inconvenient for their fellow players to see in the cloakrooms. All the while, they just want to lead normal lives and feel like normal kids. 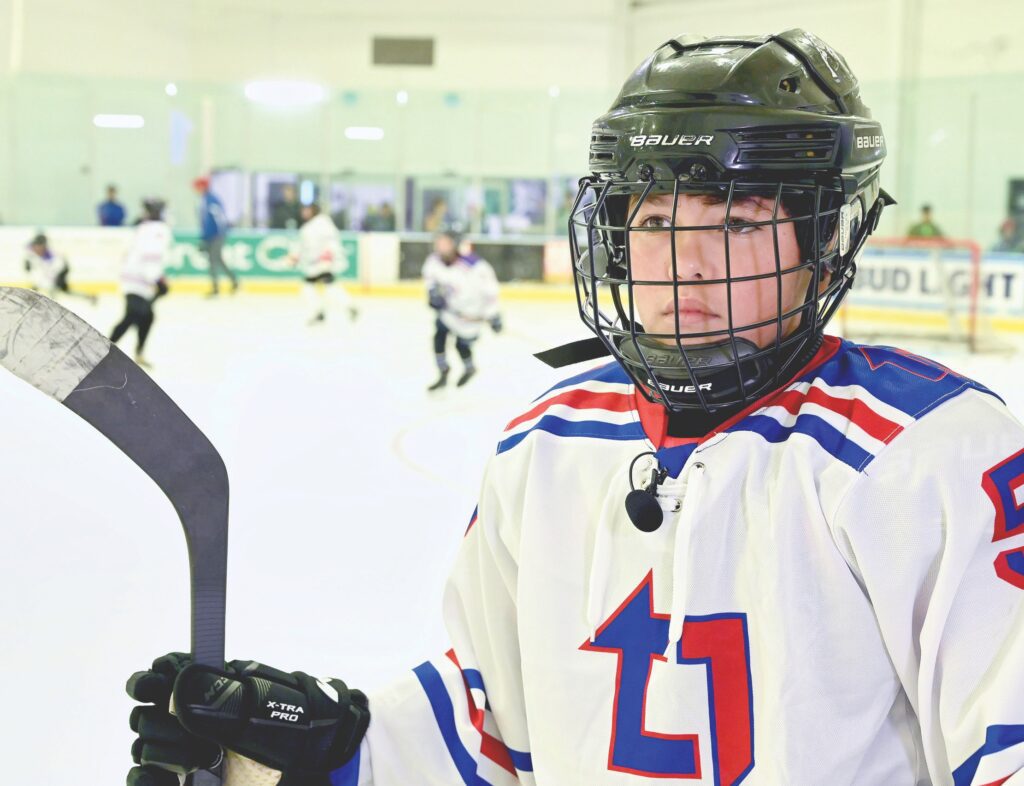 Henry Hoffmann practices and speaks to the media during the Type 1 Timer Hockey Camp at Hertz Arena in Estero on Thursday, August 1. CHRIS TILLEY / FLORIDA WEEKLY

That’s why Henry’s parents, Megan and Geoff Hoffmann, founded Type 1 Timer Hockey, a new 501(c)(3) nonprofit organization to run annual hockey camps for young hockey players with diabetes. type 1 diabetes. Modeled after other sports camps for children with specific medical conditions, this is the first in the country to focus on hockey and diabetes management. The nonprofit organization held its first hockey camp Aug. 10-12 at Hertz Arena in Estero. While the Hoffmanns live in Chicago, Geoff Hoffmann has Southwest Florida ties as co-CEO of the Hoffmann family of companies, which includes Hertz Arena, the Florida Everblades, Naples Transportation & Tours and the Naples Princess among her holdings. These companies provided in-kind services to help organize the camp. (Note: Florida Weekly is also owned by the Hoffmann family of companies.) 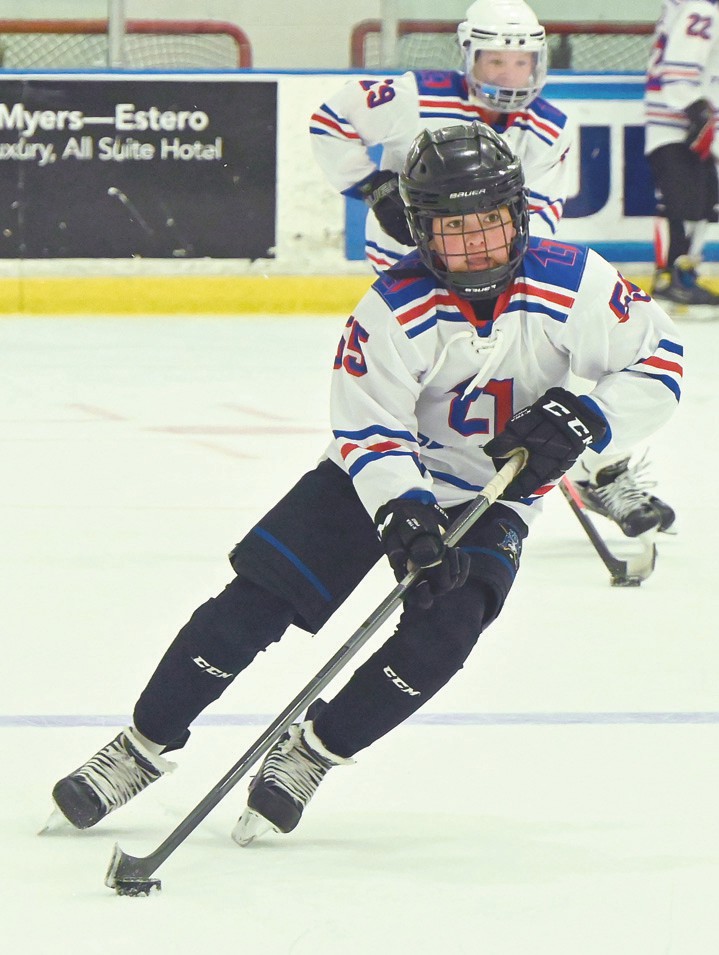 “I think it gives a sense of normalcy to all diabetic hockey players,” Henry said. “When they’re on their respective hockey teams, they might be the only ones on their team with a Dexcom (a continuous glucometer attached to the abdomen), but here it’s normal. It’s a big thing, and I think everyone here at camp appreciates it. 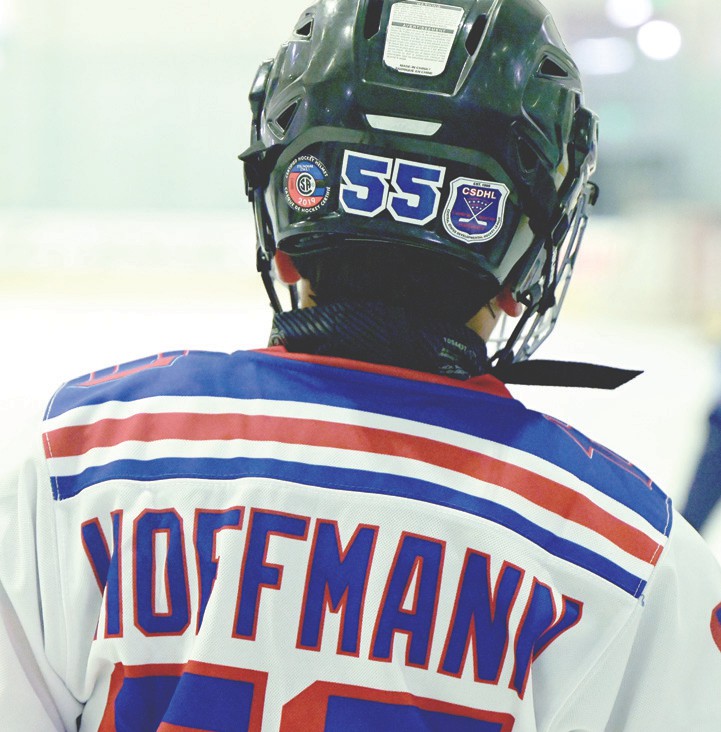 “What Geoff is trying to do is educate kids with type 1 and their parents so they can play,” Mr Delaney said. “Even if they had a slight setback, it shouldn’t stop them from living their lives and doing things they love to do. Geoff used his resources to make it happen – this facility, the coaches. These children benefit from excellent supervision with the Everblades coaches here. Many camps don’t have professional coaches, but it’s not just about hockey. It’s a family atmosphere with the parents going to camp with the children.

About 35 children between the ages of 8 and 16 attended the camp, along with their parents. They came from as far away as Alaska and Canada. The non-profit organization offered scholarships to participants in financial need. Camp participants stayed at the Hyatt Regency Coconut Point Resort and Spa, while Naples Tours & Transportation provided shuttle service between the hotel and camp events and the Naples Princess hosted a dinner cruise for campers and families. 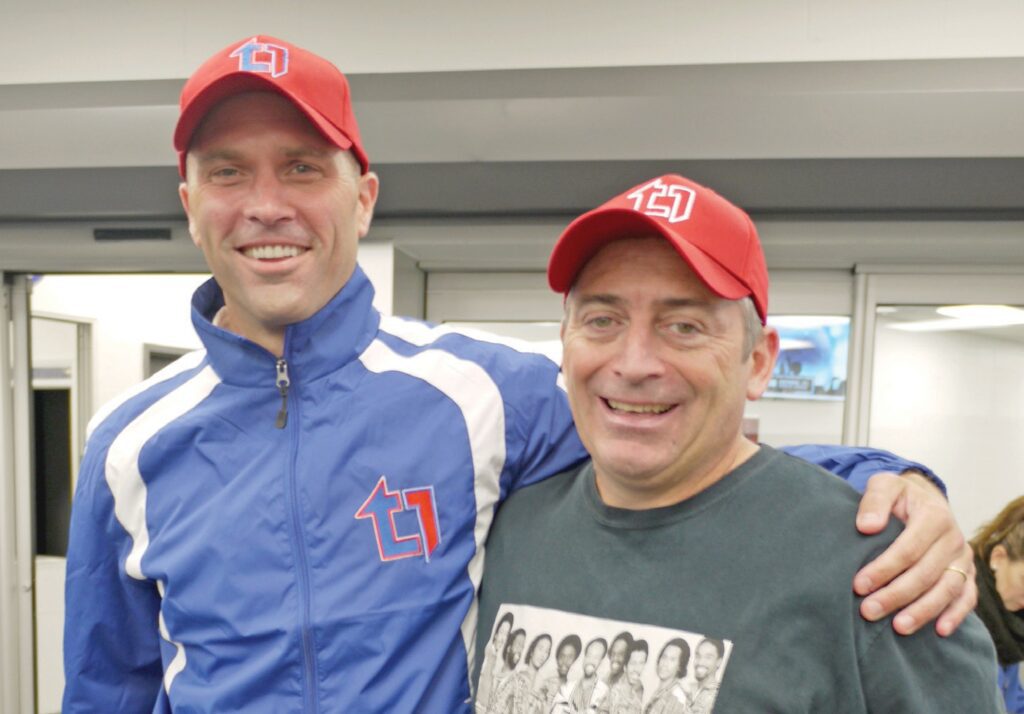 While it may seem unusual for parents to go to camp with their children, most type 1 diabetes management education has been aimed at parents. In addition, the presence of certified diabetes educators at the rink monitoring the health and safety of the players during camp meant that, for once, parents could relax and enjoy the holidays rather than monitoring the health of their children. during hockey practice.

“We focus on the experience of children and their families,” said Geoff Hoffmann, president of the new nonprofit organization. “Type 1 diabetes is a disease that certainly impacts the person who has it, but when you manage it with a young child, it impacts the whole family dynamic. That’s why we have the on-ice experience for kids, but at the same time we have educational elements for parents to talk about and share their experiences with type 1 diabetes. How have they been successful with their child ? They can share strategies and tips that others can use and have conversations with people navigating the same issues others are going through.

The opportunity to learn from others who had experience playing the sport while managing type 1 diabetes proved invaluable to the Hoffmanns. Their family has a passion for hockey and Henry started playing when he was 4 years old. He received his diagnosis when he was 7 years old.

“When he was diagnosed, his first question was, ‘Can I still play hockey?’ said Geoff. “Not knowing exactly what this disease entailed, at first we weren’t sure. We weren’t sure exactly how we were going to help him through a hockey experience that had become insulin-dependent.

The Hoffmanns learned the answers to balancing disease and sport from a hockey manager who also had type 1 diabetes as well as Luke Kunin, a type 1 diabetic who was a member of a hockey team in a few hours drive from Chicago to the University of Wisconsin. Mr. Kunin has since become a professional player in the National Hockey League, and his parents, Mark and Sheri Kunin, were among the guest speakers who traveled to Southwest Florida to support the camp by giving presentations. . Since camp attendees ranged from players who were diagnosed years ago to players who were diagnosed only a few months ago, Megan Hoffmann, the nonprofit’s new executive director, noted that the community formed by bringing together young hockey players with type 1 diabetes also provided an opportunity for the children to learn from each other.

“When these kids come here, it’s really great that they’re all doing the same thing,” said Megan Hoffmann. “They share stories about what works for them and what doesn’t. The real benefit here is that these kids are developing relationships and friendships, exchanging cell phone numbers, and connecting with other kids doing what they do every day. ¦