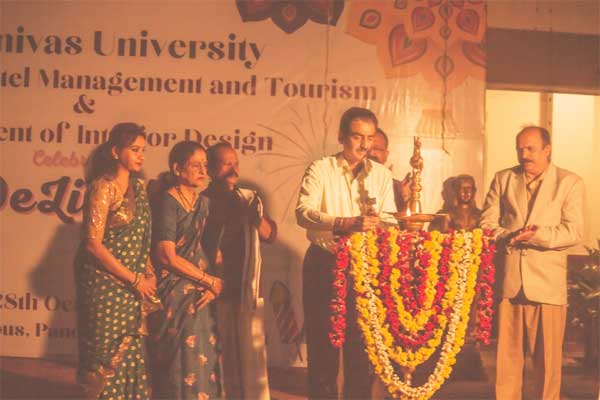 The welcome speech was delivered by Arya Savan Shirodkar of IV Year BHMCT and the vote of thanks was offered by Prem Kiran D’Souza of II Year BSc.ID. The program was presented by Tanmay Bhadbhuje from II Year Bsc.HM

The students celebrated the festival with great joy and ethics by lighting oil lamps all over the campus, fireworks and crackers. Other highlights of the celebration were various traditional food items. Cultural and instrumental programs were also performed and exhibited by the students.