SALISBURY — A New Jersey woman checked herself into a Salisbury hotel room last Friday while in town for her grandmother’s 95th birthday. The stay turned sour when management demanded that her service dog be removed from the property and they also called the police.

April Nelson and her fiancé, Mike Miller, had been hoping for a pleasant trip south from their home in Voorhees, NJ Nelson has an emotional support animal named Paulie and has arranged for him to accompany them.

“I called and made sure there were no breed restrictions,” Nelson said.

She also confirmed that the weight limit according to hotel policy was 75 pounds. Her dog is a Dogue de Bordeaux and weighs 73 pounds. 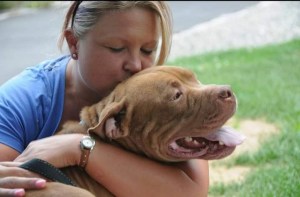 Believing everything was in order, Nelson and Miller arrived at the Home2Suites Hilton hotel on Jake Alexander Boulevard on Friday. They checked in before preparing to go to the party they traveled down south to attend. Nelson said she asked reception to leave Paulie in the room and was told she just had to put the “Do Not Disturb” sign on the door.

“So we checked in and I unpacked everything,” Nelson said. “I took my dog ​​out. My fiancé forgot his glasses in the car, came back upstairs and got a phone call from reception. The girl said the manager wanted your dog to leave this property right away.

Nelson was puzzled and asked why. She was told it was because the dog was a pit bull.

The owner of the dog informed reception that Paulie was not a pit bull but rather a Dogue De Bordeaux. 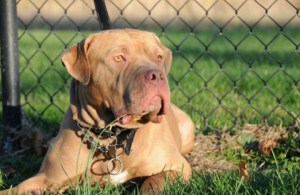 According to Nelson, the people at the front desk also informed her that the weight of the dog exceeded the limit of the hotel. When Nelson argued that the dog weighed less than 75 pounds, she was informed that the hotel had a weight limit of 50 pounds, which contrasted with what she had been told when booking the room.

“You can’t ask someone to pay $450 for two nights and then show up after eight hours of travel and say, ‘We changed the rules for you,'” Nelson said.

“I went down to speak to the manager because obviously there is now a problem,” Nelson said. “So the manager saw me and my dog ​​going out. Instead of talking to me, he chose to leave for the day. The (reception) said he wouldn’t be available until Monday, so he didn’t even speak to me on the phone.

Hotel manager Demetrius White declined to comment on the situation except to say he was not present. A company supervisor, Omar Adel, confirmed that the company was investigating the matter.

The hotel has contacted local law enforcement. When Salisbury Police arrived, they met Nelson, who showed them his doctors’ papers confirming Paulie’s status as an emotional support animal.

A member of the Salisbury Police Department confirmed officers had been dispatched to the hotel, but no official report was filed.
Nelson said after showing the officer the paperwork from her doctor, they informed her that she was within her rights to have the dog with her.

Nelson had no alternative and stayed at the hotel all weekend, but she never left the dog in her room unattended.

After the ordeal, she said she would just like to know it won’t happen to someone else.